Whether it's a bat flying around the house or a colony roosting in your attic, Meerkat's Bat Removal Experts will eliminate the bats in your home and provide you with a full inspection to determine the entry points. If there's a bat flying around your home it may have come in from an open window without a screen or there's a chance you have a colony in the attic or in the roof area. Our bat colony eviction program consists of bat removal, sealing up the entry points and full decontamination services. Our service is 100% Guaranteed.

Bat Removal from Your Home Or Attic

Removing bats from your attic or belfry is detailed professional work. Bats will take up residency in residential homes or local businesses, churches and other areas that offer shelter, especially ones that offer year round shelter with insulation. If a bat colony is discovered in an attic or roof area, Meerkat Pest Control performs their signature bat eviction service. The service consists of:

1. Removing/evicting the bats from the attic

2. Sealing up or bat proofing the home to prevent re-entry

3. Abatement Services which include sanitizing the attic, removing the bat guano (droppings) and in some cases replacing the insulation.

Bats commonly enter buildings through openings associated with the roof edge and valleys, eaves, apex of the gable, chimney, fascia/soffit, attic or roof vent, dormer tie-ins, and siding. Bats enter high, even if you saw one in the basement. Once inside your attic, bats can easily slip down a wall cavity and appear from under the baseboard or gap somewhere attached to a plumbing or electrical chase. Bats follow the airflow and there's plumbing and electrical wired from your attic to your basement giving them plenty of opportunities to slip into the home or basement from the attic. Bats generally don't use the attic hatch as a route unless it's loosely fittied or broken.

Bats are able to squeeze through narrow slits and cracks. For purposes of bat management, we pay attention to any gap of approximately 1/4 x 1 1/2 inches or a hole 5/8 x 7/8 inch. Such openings must be considered potential entries for at least the smaller species, such as the little brown bat. The smaller species require an opening no wider than 3/8 inch that is a hole the size of a dime. Openings of these dimensions are not uncommon in residential or commercial structures.  These gaps can be due to boards that have shrunk, warped, or otherwise become loosened.  Furthermore, dormer tie-ins, louver vents and ridge vents are popular entry points.

Bats in the House - Sudden Appearances

The discovery of a bat in the house is a frequent problem during the summer.  In the Albany, NY and Saratoga Springs regions, "Little Brown" bats account for most "Sudden Appearances". Don't let the name fool you, once matured these little brown bats can have quite an impressive wing span. They may enter homes through an open window with "No Screen" or they may have come down from your attic space where they have been roosting. This is very common, bats in in Upstate NY  area will not only to roost in your attic but they will hibernate year round due to the warmth the insulation provides. Sometimes bats may appear in a room, and then disappear by crawling under a door to another room, hallway, or closet. They may also disappear behind curtains, wall hangings, bookcases, under beds, into waste baskets, and so forth. Locating and removing individual bats from living quarters can be laborious but is important. When a sudden appearance happens most homeowners think the bat came in through a open window until they realize they have a screen. In most cases either a bat has woken up from hibernation and traveled down a wall cavity from your attic or it's a juvenile bat that's lost and migrated down from the attic in the mid-late summer. It's actually rare that the bat comes in through a window unless you leave doors and windows wide open with no screens. If you experience a sudden apprearance, do not try to kill or capture the bat, try to close him into one room and call a professional. For Emergency Bat Removal Service in the Albany, NY & Saratoga Springs or Chatham region, call the Bat Removal Pros at 518-869-7378 or email us at info@518meerkat.com

Bat Guano is toxic to your home. Bat excrement produces an unpleasant odor as it decomposes in attics, wall spaces, and other voids that they roost in.  The pungent, musty, acrid odor can often be detected from outside a building containing a large or long-term colony. The smell is not unlike the odor problems that occur when animals die in inaccessible locations. The odor also attracts arthropods which may later invade other areas of a building.

Bat guano may provide a growth medium for microorganisms, some of which are pathogenic to humans, such as histoplasmosis. Guano accumulations may fill spaces between walls, floors, and ceilings. It may create a safety hazard on floors, steps, and ladders, and may even collapse ceilings. Accumulations also result in the staining of ceilings, soffits, and siding, producing unsightly and unsanitary conditions. Meerkat Pest Control will remove the Guano and offers a full abatement service to decontaminate the attic area.

Bats are vectors of the Rabies Virus. The percentage that are infected is small about 5-6 percent that carry the virus. Being bit by a bat while your sleeping can happen without you knowing. If the bat enters your home during your sleep and you awake to the bat flying around your room, you may be required to get a rabies vaccine.

Histoplasmosis is a very common lung disease of worldwide distribution caused by a microscopic fungus, Histoplasma capsulatum. Histoplasmosis is associated with the guano and debris of birds and bats. Wind is probably the main agent of dispersal, but the fungus can survive and be transmitted from one site to another in the intestinal contents of bats. The disease can be acquired by the casual inhalation of wind-blown spores, but infections are more likely to result from visits to point sources of growth of the fungus. Relative to bats, such sources include bat roosts in caves, barns, attics, and belfries, and soil enriched with bat guano.

Remove Bats from your Home or Attic. For immediate Services in the Capital Region call us in Abany, NY at 518-869-7378, Saratoga Springs 518-587-5050 or in Columbia-Greene, Catskill & Chatham area's @ 518-392-5543. Do not try to capture the bat or disturb it. Close the door to keep the bat isolated in one room and we'll dispatch as technician as soon as possible to remove the bat. We also include an inspection to determine where they are entering, if it was an isolated incident, or if there is a problem like a colony roosting in the attic. 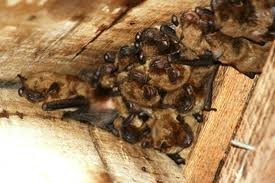 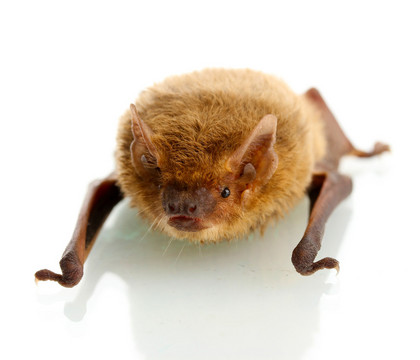 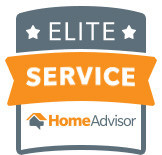 Meerkat's Bat Removal Service by Locations by City and Town